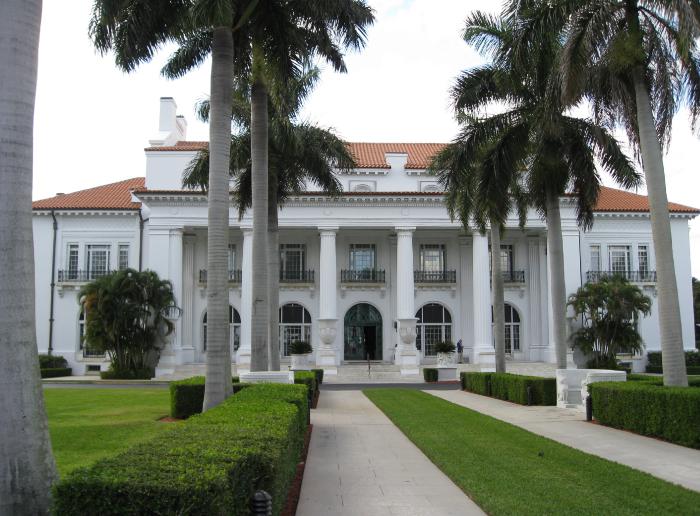 The Whitehall Flagler Museum was originally built by Henry Flagler as a wedding present for his wife, Mary Lily Kenan Flagler. He commissioned John Carrere and Thomas Hasting, the same architects responsible for his Hotel Ponce de Leon in St. Augustine, Florida. Carrere and Hastings designed the exterior of Whitehall, the interior layout, and completely controlled the design of the marble entrance hall and its grand double staircase. The couple used the home as a winter retreat from 1902 until Flagler's death in 1913. After Flagler's death, Whitehall was sold to a group of investors who added a ten-story 300-room tower on the west side and converted the entire structure into a hotel. By 1959, the entire building was in danger of being razed. Later that same year, the Henry Morrison Flagler Museum, a nonprofit corporation, purchased the property and restored the building to its former glory. Information from: http://www.flaglermuseum.us