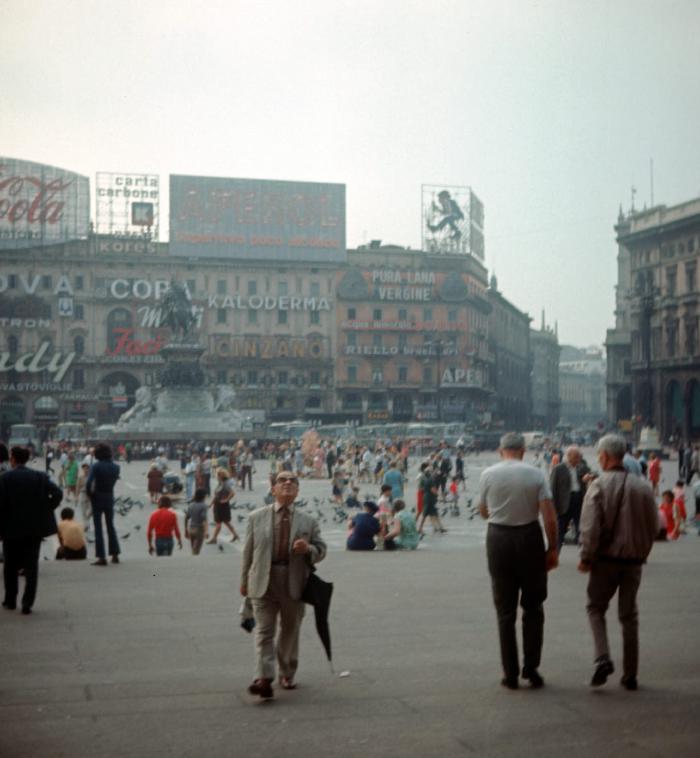 Giuseppe Mengoni (was created by)

The Piazza del Duomo was orignally expanded in 1458 when Francesco Sforza (with the permission of Pope Pius II) demolished the Basilica di Santa Tecla to expand the square. In 1548 it was enlarged again. Following the end of Austrian rule in 1859, the new city council had on its agenda, among other things, the reorganization of the city centre, in particular the streets around Piazza del Duomo, following plans that had been conceived as early as the Napoleonic period. In 1861 Mengoni presented a project in the competition for the Piazza del Duomo, which envisaged a new street linking the Piazza and the Teatro alla Scala. During the building of the Galleria, the rest of the Piazza was also finalized.
"It is located in front of the Milan Cathedral, one of the largest cathedrals in the world." Submitted by John Schooley, FAIA.