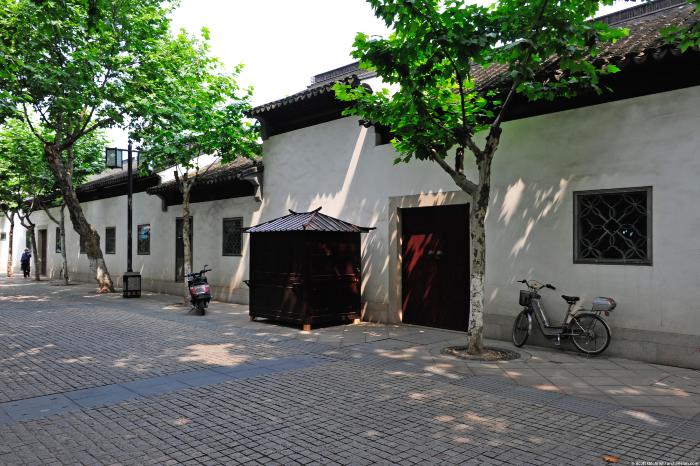 The garden's site was a scholar garden during the Tang Dynasty, and later a monastery garden for the Dahong Temple during the Yuan Dynasty. In 1513, during the Ming Dynasty reign of Emperor Zhengde, an administrator (censor) named Wang Xianchen (Wang Xiancheng) appropriated the temple and converted it into a private villa with gardens, which were constructed by digging lakes and piling the resultant earth into artificial islands. Following his retirement in 1522 it was frequented by many important artists in the Ming Dynasty. Wen Zhengming had his Tingyun studio near there. Its large open vistas emphasize water, and although today it is largely remodelled, its initial appearance can be envisaged through the many paintings it inspired. Wen completed a series of 31 views on album leaves in 1533 and another shorter series of eight in 1551. Today's garden is only very loosely related to its earliest version, but closely resembles its late Qing appearance, with numerous pavilions and bridges set among a maze of connected pools and islands. It consists of three major parts set about a large lake: the central part (Zhuozheng Yuan), the eastern part (once called Guitianyuanju, Dwelling Upon Return to the Countryside), and a western part (the Supplementary Garden). The house lies in the south of the garden. In total, the garden contains 48 different buildings with 101 tablets, 40 stelae, 21 precious old trees, and over 700 Suzhou-style penjing/penzai (miniature trees and rockeries).