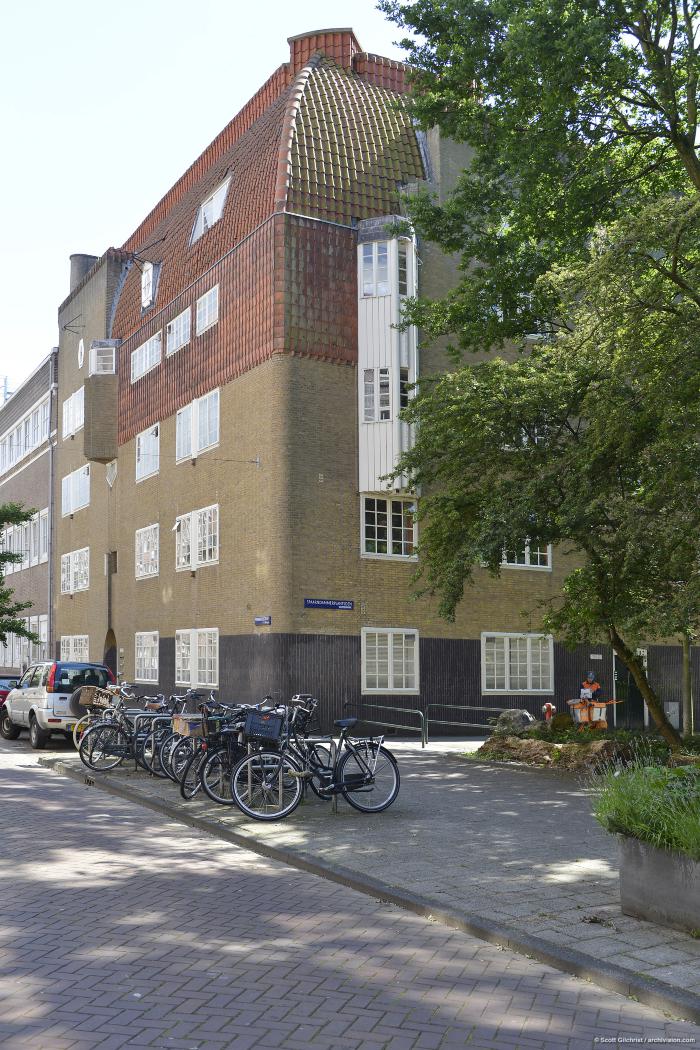 West corner from Wormerveerstraat, the park is to the right

Michel de Klerk (was created by)

Between 1914 and 1920 three housing blocks were built around the Spaarndammerplantsoen. ("Plantsoen" translates as "plantation"; it is the name of the public park as well as street.) This was built for the Eigen Haard ("One's Own Hearth") housing association. De Klerk's development as an exuberant Expressionist is clearly apparent in these complexes, but his wish to give the inhabitants more comfort and space than was usual in working-class circles is also clear. The characteristically plastic treatment of the façades (which marked the Amsterdam School style) was preeminently suited to large continuous fronts; the long north facade faces the south end of the park. Elaborate brickwork is a Dutch hallmark. The five storey building originally contained 60 units, done in nine different types/floorplans. On the ground floor was a shop, with the entrance at the sharp corner.