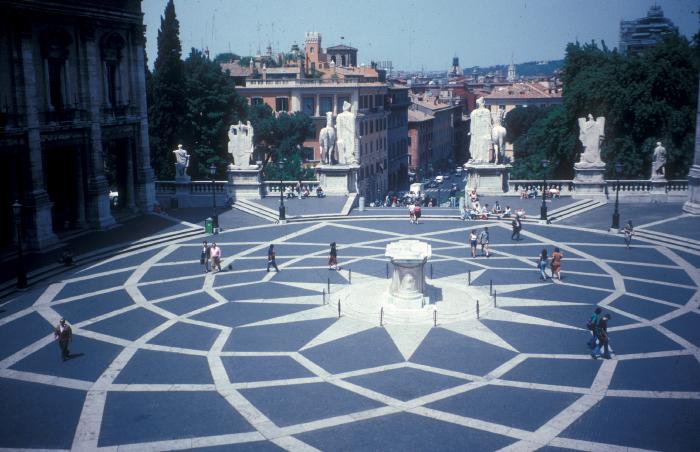 Michelangelo Buonarroti (was created by)

A few years after he arrived in Rome, Pope Paul III (Farnese) decided to reshape the Capitoline Hill into a monumental civic piazza; Michelangelo designed the project and his Piazza del Campidoglio is one of the most significant contributions ever made in the history of urban planning. The hill's importance as a sacred site in antiquity had been largely forgotten due to its medieval transformation into the seat of the secular government and headquarters for the Roman guilds, and it was in forlorn condition when Michelangelo took charge of reorganizing it as a dynamic new center of Roman political life. The project went forward in slow stages with many interruptions; little was built before his death in 1564. It was begun in 1538 and was not completed until the seventeenth century, but Michelangelo's original design is preserved in engravings from the 1560s by Étienne Dupérac. pp.313-314 [Della Porta added the central window of Il Palazzo Nuovo.]