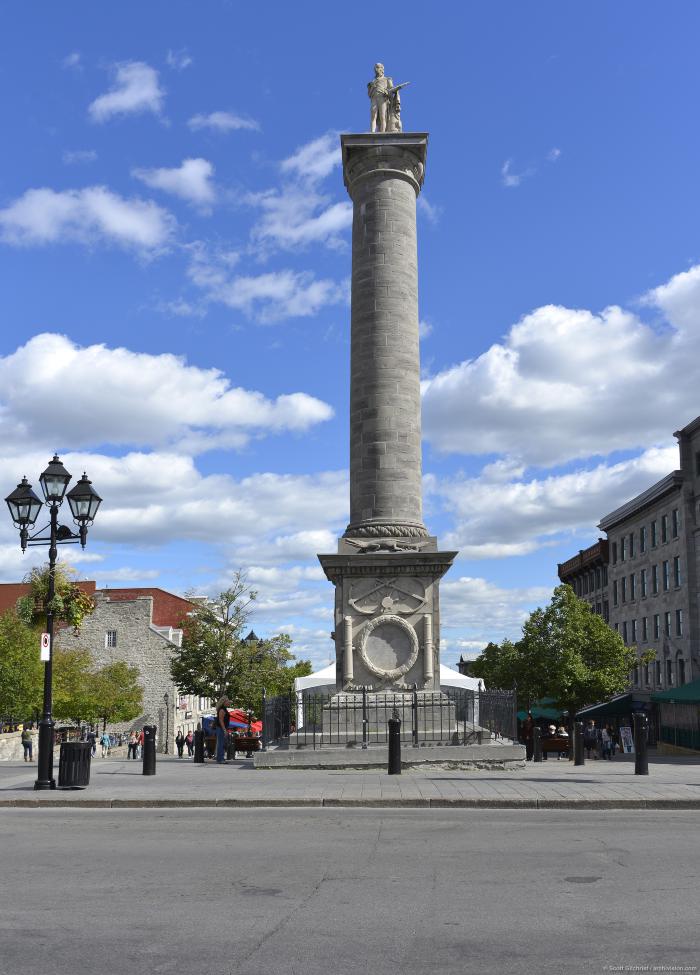 Nelson's Column is a monument erected in 1809 at Place Jacques-Cartier, Montreal, dedicated to the memory of Admiral Horatio Nelson following his death at the Battle of Trafalgar (1805). Since the destruction of Dublin's Nelson's Pillar (1808-1966), Montreal's now stands as the second oldest "Nelson's Column" in the world after the one in Glasgow, and is also the city's oldest monument. Neither the French Revolution nor Napoleon had been popular among the French in Montreal, and contrary to later belief, the public funds raised for the monument were collected from British and French Montrealers alike. The commission for design and manufacture went to Coade & Sealy in Britain. The pillar is limestone, but the original statue and medallions were Coade stone (artificial, cast stone). The original sculpture of Nelson has been replaced to prevent further weathering and is now in the Centre d'histoire de Montréal.