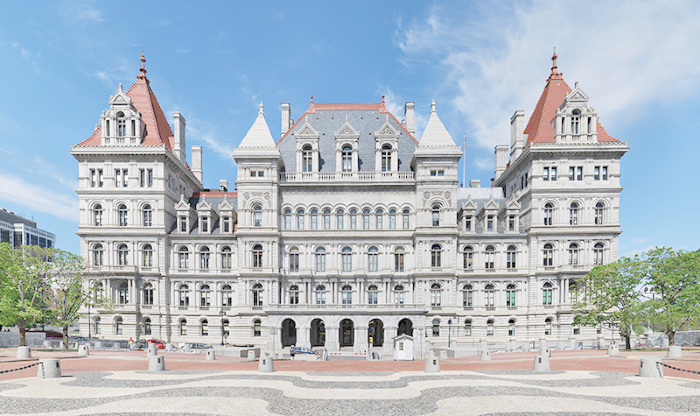 Originally inspired by the Hôtel de Ville in Paris, the New York capitol building has been augmented at various times throughout a quarter of a century. Four notable architects that worked on the structure were: Thomas Fuller (1867-76), H. H. Richardson and Leopold Eidlitz (1876-83), and Isaac Perry (1883-99). The Capitol demonstrates various styles.