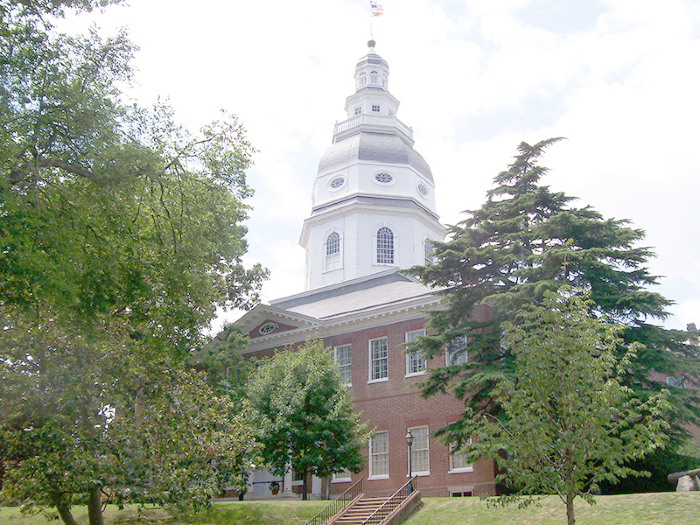 Joseph Horatio Anderson (was created by)

Maryland's State House, located in Annapolis, is the oldest State House still in continuous legislative use. It was designed by the prominent colonial architect Joseph Horatio Anderson. Construction on the State House began in 1772, but was delayed by the American Revolutionary War. It was finally completed in 1779. There are two sections to the State House: the original, or old, and the new. The original section's interior was constructed of wood and plaster. The structure's first cupola was replaced by the existing dome, designed by another colonial architect Joseph Clark. It was completed in 1774 and is the oldest and largest wooden dome of its kind in the United States. Between 1902 and 1906, a newer section was added made from Italian marble. This newer section was designed by Francis Baldwin and Josiah Pennington. A black line painted on the lobby floor marks the line between the two sections. In 1968, the Maryland State House was designated a National Historic Landmark by the Department of the Interior.
The dome of the State House building stands on the highest hill in Annapolis and the distinctive design of the cupola has been interpreted as a symbolic display of political power.