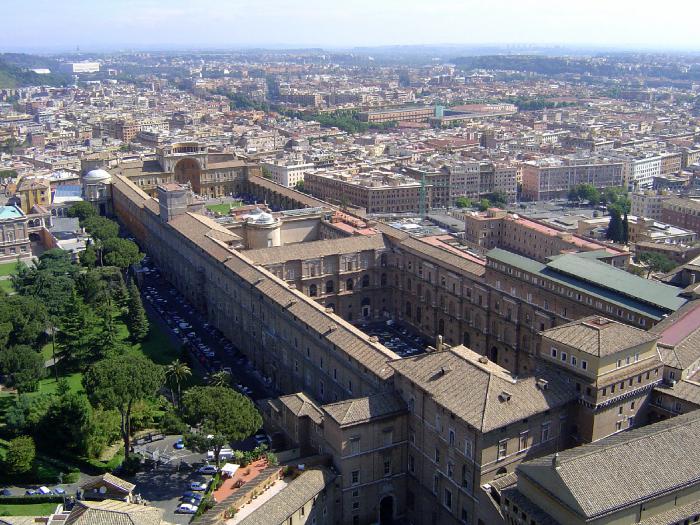 "The most important aspect of the Belvedere as it now exists lies in the treatment devised by Bramante for an immensely long expanse of plain walling. The texture of the side walls is enlivened by the contrast between the channeled joints of the masonry walling with the smooth surfaces of the arches and pilasters on top of it." Murray, 130. Bramante undertook this court for Julius II. It was later "subdivided into two by other buildings on the line of a series of terraces, which had formed part of Bramante's scheme, and the one half, called the Giardino della Pigna (Garden of the Pine Cone), contains at its northern end a great, three-storied, half-domed hemicycle, with a terrace and pavilions." --Sir Banister Fletcher's A History of Architecture, 18th Ed., p.821. Keywords: Vatican, Rome, Italy, Belvedere courtyard, Cortile di Belvedere, drawings, St. Peter's, Saint Peters. Submitted by Jacqueline Gargus for ARCH 601.