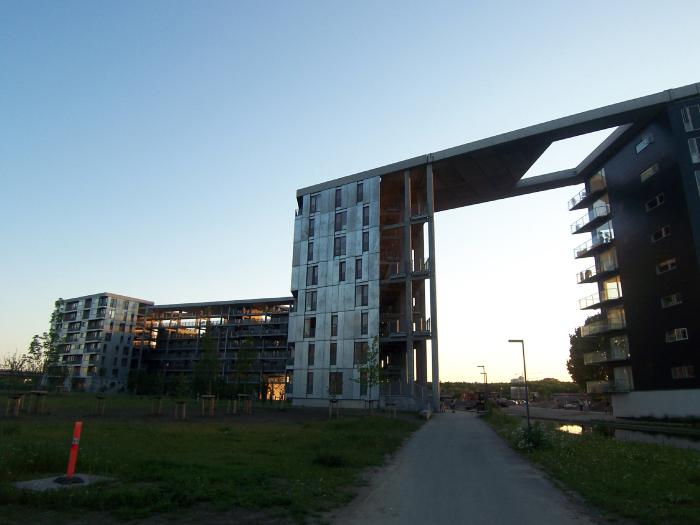 Boligslangen (literally, "the housing serpent") is Orestad's biggest residential housing project, which consists of nearly 300 housing units and a day-care center. In several places, the "serpent" intertwines with the canal that runs through the area from Copenhagen University, past the Danish Broadcasting Corporation's media center, and out into a little lake, Gronjordssoen.
This complex has a single roof covering two separate apartment houses: Faelledhaven, which holds public housing units, and Universitetshaven, with condos and co-ops.
Faelledhaven's design placed emphasis on flexibility and resident influence. Apartment units are flexible and modular. Universitetshaven consists of two buildings, with a common roof crossing the opening between them and maintaining the impression of one long "serpent".