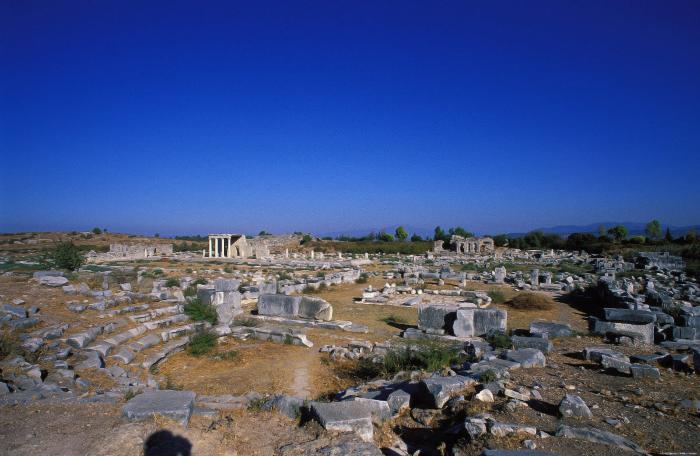 "The city of Priene lies on the southern slopes of Mt. Mykale overlooking the Maeander river. The city largely excavated by the Germans in the late 19th century is planned on a strict grid, defying the steeply sloping topography of the site and imposing a rational human order on the landscape. Its well-preserved remains, with its temple of Athena, well-planned agora, theater, stadium, gymnasium, fortification walls and many excavated houses, form one of the best examples of a small Greek polis". -- http://www.perseus.tufts.edu/cgi-bin/siteindex?lookup=Priene
The Bouleuterion, or meeting hall, was also known as the Ecclesiasterion. It was oriented to the south and was located in the center of the city, near the Prytaneion and Sacred Stoa.