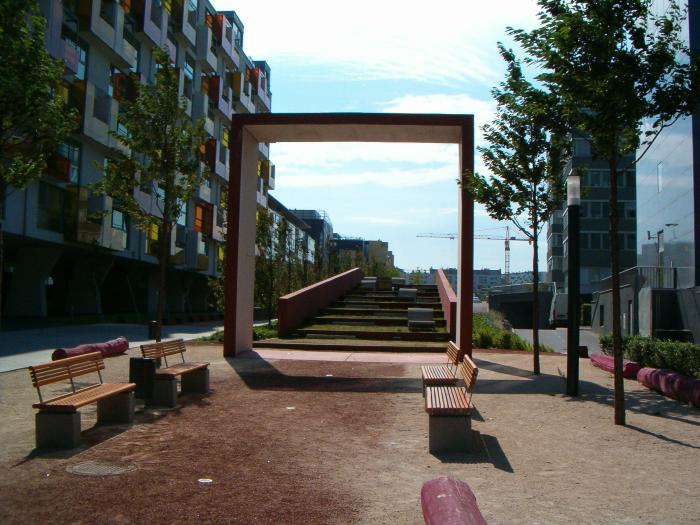 "The apartment building project in the former cable works is a city within the city. From a small atrium house to an industrial loft, everything is represented here - the emphasis here is on variety. The designs for apartment building, hotel, and conference center was created by the architectural bureau Mascha & Seethaler; for the several heterogeneous apartment buildings, Hermann & Valentiny, Martin Wurnig, and Branimir Kljajic; and for the colorful atrium houses, Georg Schwalm-Theiss and Horst Gressenbauer. The cable works have become an international example for a new generation of city planning."