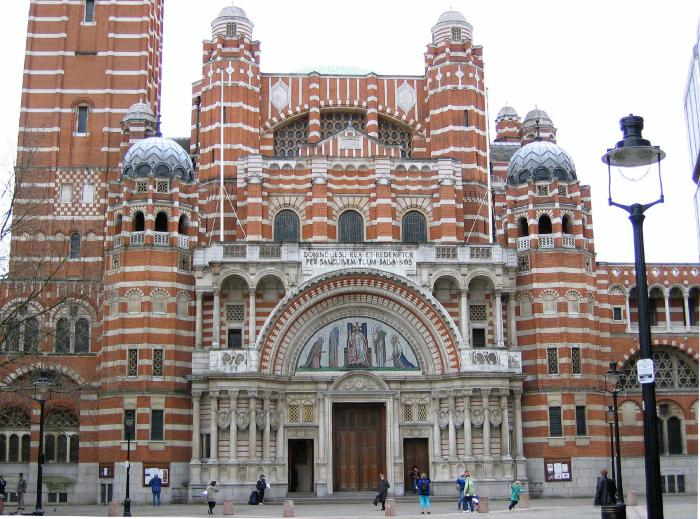 Originally known as Bulinga Fen and formed part of the marsh around Westminster, the Cathedral Church of Westminster was a modern interpretation of the Byzantine style. The foundation stone was laid in 1895 and the building was completed eight years later. Although incomplete, the interior of the Cathedral with fine marble-work and mosaics are well-known. Keywords: United Kingdom, England, Greater London, City of Westminster, Westminster, ceremonial and religious structures. Contributed by Matthew Canterna.