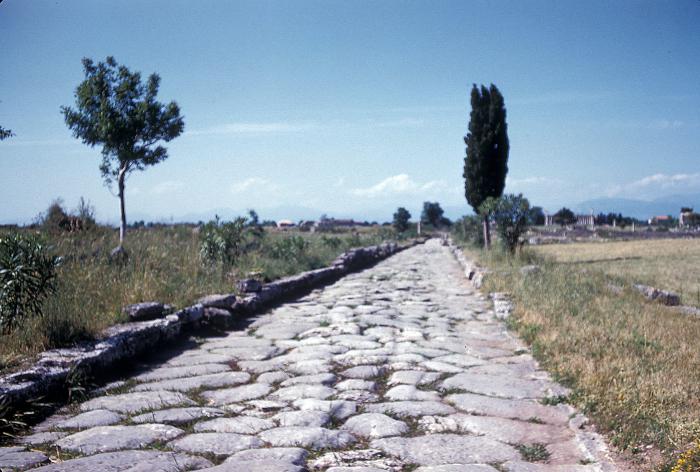 Paestum was an ancient city established by Greek colonists from Sybaris, who called it Poseidonia; taken by Lucanians, a local tribe, around 400 BCE. 5th cen. In 273 BCE it was overtaken by the Romans but only began its decline towards the end of the Empire due to malaria. Its baseless Doric temples are significant because their discovery in the mid-18th century inspired the Greek Revival. Famous for its roses; it was destroyed by Saracens 871 AD; now site of the village of Pesto.