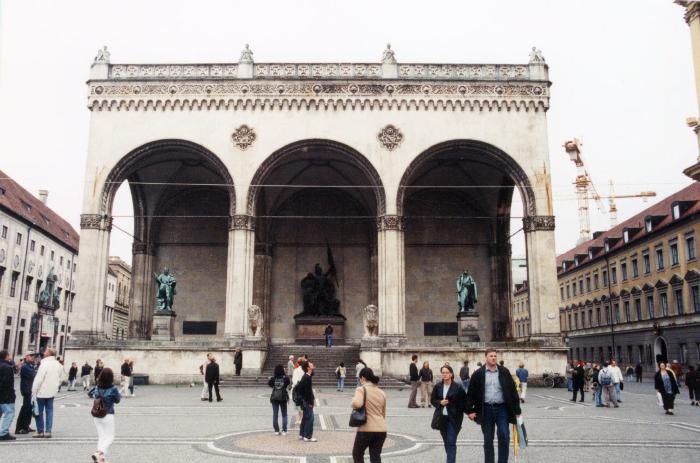 The Feldherrnhalle is a loggia on the Odeonsplatz in Munich. The Feldherrnhalle was built in the classical Florentine style between 1841 and 1844 by architect Friedrich von GÃ¤rtner. Its design is based on the Loggia dei Lanzi in Florence. This image was taken in 2001 by John P. Schooley, FAIA, during the 'Berlin: Building the New City' tour. This tour was planned for architects and planners so that they could see first-hand how this once-divided city emerged from the Cold War to become a leading commercial and cultural center in Europe. Submitted by John P. Schooley, FAIA.