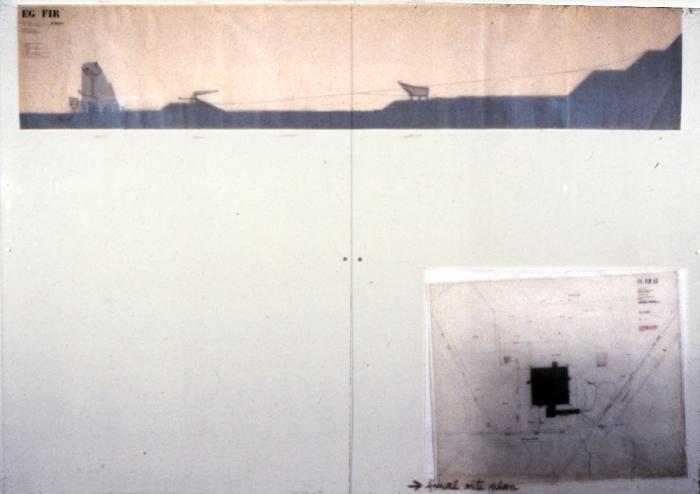 The church first commissioned the building in 1960 as part of a larger project for Firminy. Le Corbusier designed a four-level concrete structure, topped by a monumental cone, but he died in August 1965, before construction began. Between 1973 and 1977, the Friends of Le Corbusier and local people gathered the funds to construct the church's base. Construction ceased in 1978 because the cone proved too costly. The municipal government and a state subsidy allowed construction to resume in 2003. The building will also house a branch of the Musee d'Art Moderne de Saint-Etienne and a Le Corbusier study center. Firminy Church is one of the last projects designed by Le Corbusier. Jose Oubrerie, Professor at the Knowlton School of Architecture, collaborated with Le Corbusier on the original plan and worked toward the completion of this project. The site section and site plan show the Church, the Stadium and the House of Culture and Youth building.