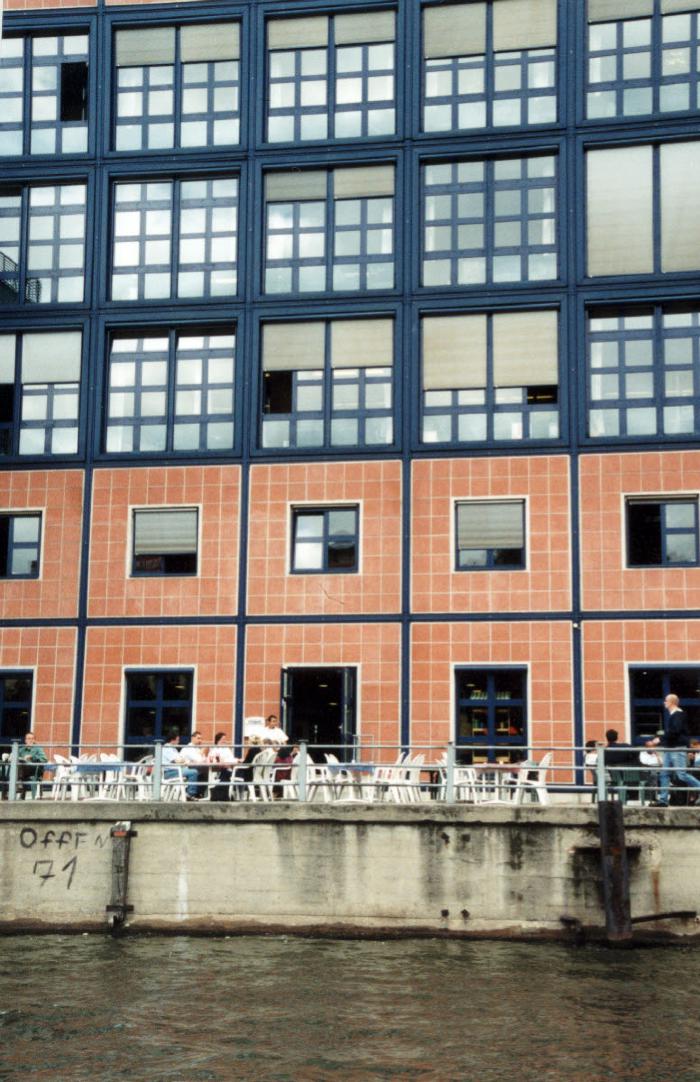 "At the end of the 1980s, two office buildings and a production hall were built. Then a series of buildings were constructed during the 1990s which are noticeable because of the rhythmic arrangement and modular design of the architecture. They follow the same principle: on an orthogonally designed two-story pedestal building, four story structures are erected which have a double comb-type structure. This creates small square terrace gardens to the east and west. ... This basic structure, based on a square module, dominates the internal structure of the buildings, the dimensions of the rooms and the formal design of the facades on a grid system." --- Kieren, M. (1998). Neue Architektur, Berlin 1990-2000. Berlin: Jovis. p.153. This image was taken in 2001 by John P. Schooley, FAIA, during the 'Berlin: Building the New City' tour. This tour was planned for architects and planners so that they could see first-hand how this once-divided city emerged from the Cold War to become a leading commercial and cultural center in Europe. Submitted by John Schooley, FAIA.