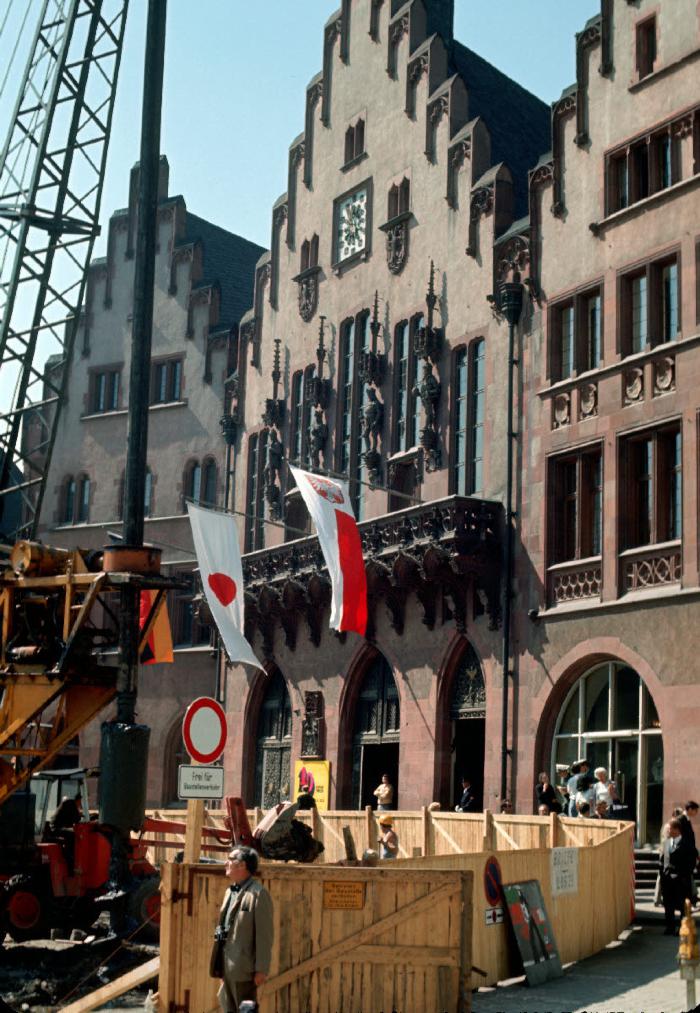 Today, the three originally independent gabled houses - Loewenstein (Lion's Stone, right), Roemer (The Roman, middle), and Alt Limpurg (Laderam or Old Limpurg, left) - are now all commonly known as "Roemer". The Roemer sits on what was the city's major square in the Middle Ages, the Roemerberg (Roman Hill). Portico additions on the facade were made toward the end of the 18th century and the small clock tower was added in 1702.
This image was taken in 1970 by John Schooley, FAIA, during an Urban America tour. Urban America tours allowed architects and planners to visit planned communities and meet professionals involved in their planning and continued development.