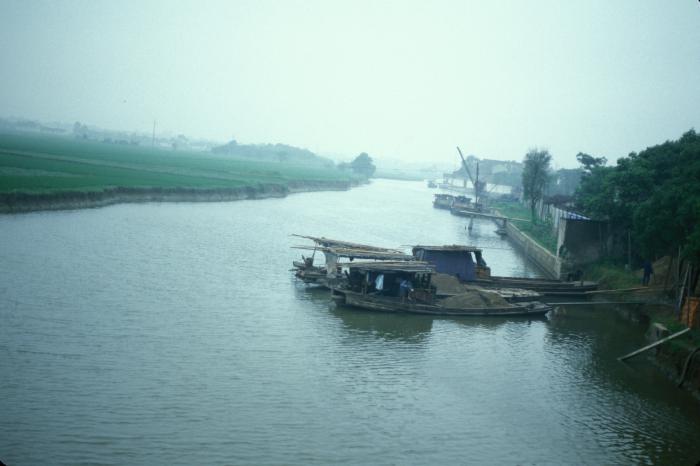 The Grand Canal of China is the world's oldest and longest canal. The oldest parts of the canal were constructed during the 4th and 5th centuries BCE. The canal is approximately 1,800 km long with approximately 24 locks and 60 bridges. The Grand Canal runs north-south and forms an important connector between the Yangtze River valley, Yellow River valley, and other smaller river systems. This image was taken by John P. Schooley, FAIA, during the 1982 People-to-People Architecture Delegation to the People's Republic_access of China. The People-to-People Citizen Ambassador Program sponsored the delegation lead by Professor David Glasser of the Department of Architecture, University of Wisconsin, Milwaukee. This delegation allowed architects and planners from the United States to visit landmarks as well as communities at various scales, and to meet professionals involved in their planning and continued development. Submitted by John P. Schooley, FAIA.