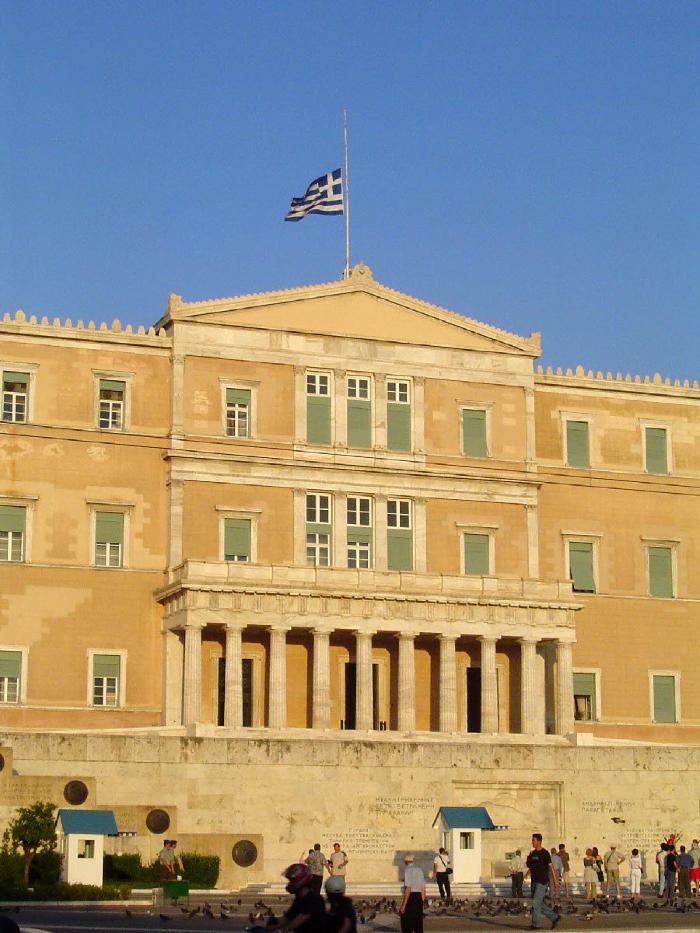 "The choice of the location and the construction of the palace were assigned to the architect Gaertner (1792-1847), who was the director of the Fine Arts Academy of Munich and the official architect of the Nation."
"Gaertner respected the archeological heritage of Athens when he prepared the plans. He designed a simple, massive, square neoclassical building of 6994m², with four exterior wings, each with three floors, a middle wing with two floors and two courtyards - the Meridian courtyard and the North courtyard - without any superfluous decorative elements. The foundation stone was placed on January 25th/February 6th, 1836. The total cost of the project amounted to 5.450.000 gold drachmas. Each floor or wing catered to the housing needs of the different operations of the building. The storage areas were in the basement. On the ground floor were co-housed the Secretariat and the Palace Cashier with their auxiliary areas, the palace chapel, the vault and the kitchens. On the first floor were located, the reception areas and the chambers of the royals, which successively communicated with one another, and were the most luxurious areas of the building. On the second floor were housed the areas of residence of the heirs, of the chamberlain, and of the palace personnel. The building was designed so as to allow access from all its sides. Each entrance served a different purpose. The communication between the floors was achieved through a respectable number of staircases, which were set in every wing of the building." -- http://www.parliament.gr/english/ktirio/default.asp (10/6/05)