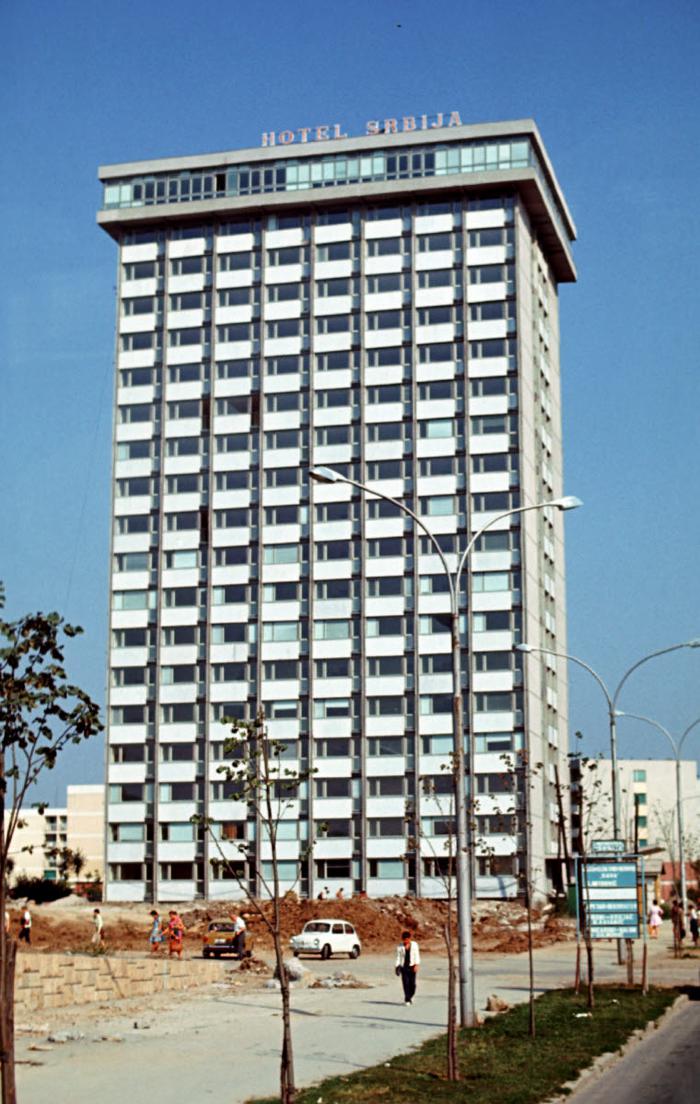 The Hotel Srbija is a modern hotel building located in Sumice, an urban neighborhood of Belgrade, the capital of Serbia. The neighborhood was first developed by the Yugoslav Authorities in the late 1960s and early 1970s as a modern settlement. Residential high-rise buildings were constructed in the southern area of Sumice, while many smaller, single-family homes were built in the northern area.
Hotel Srbija was built in the late 1960s and was renovated in 2005. The hotel is comprised of 246 rooms divided among 17 floors, with a restaurant on the 18th floor.