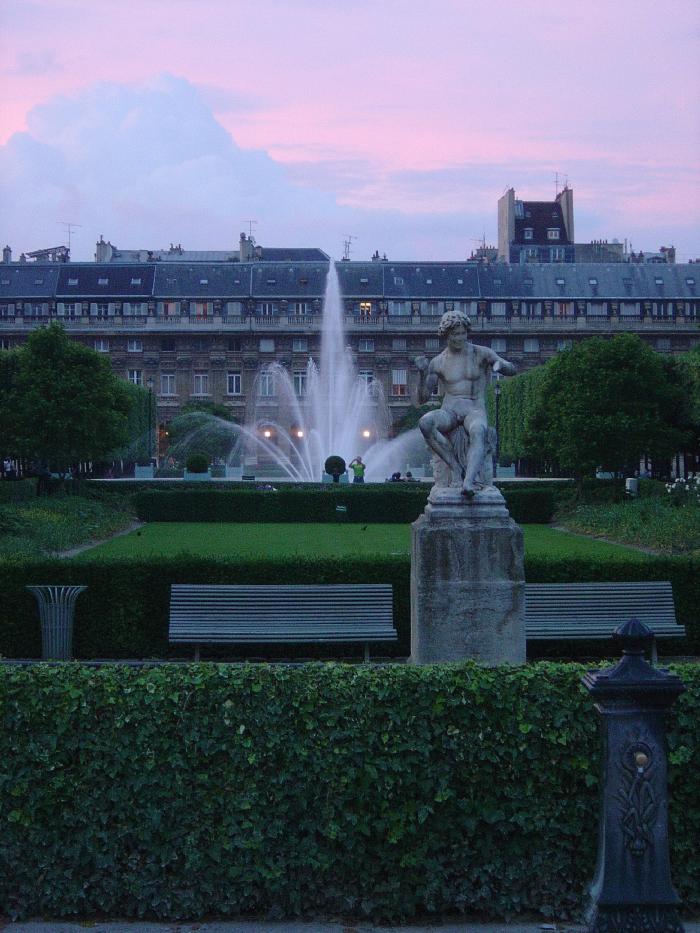 "Cardinal de Richelieu asked Jacques Lemercier, his official architect, to construct a monumental palace with a large garden near the Louvre. The main wing, which faces the Louvre, was finished and remodeled by Contant d'Ivry in the 18th century, then by Fontaine in the 19th century. At the end of the 18th century, Louis-Philippe d'Orleans (the future Philippe-Ã‰galitÃ©) launched a major real estate development project in 1780. He commissioned Victor Louis to build apartment buildings with identical facades around the three sides of the garden. The arcades on the ground floor housed shops, as they do today". --See: http://palais-royal.monuments-nationaux.fr/en/