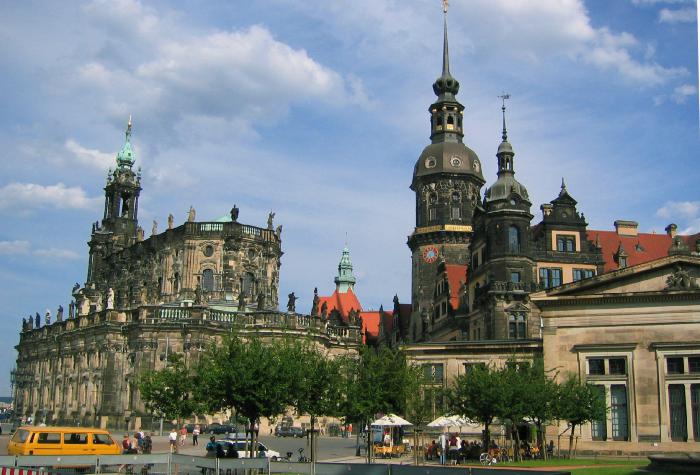 The Saint Trinitas Cathedral (left) is an 18th century royal church designed by Chiaveri with a triple nave basilica and an oval tower. Dresdener Schloss (right) is also known as the Dresden Residential Palace. It is the former residence of the House of Wettin. It was built as a castle in the 12th century and was subsequently destroyed and rebuilt. It fell into ruins after bomb attacks by the Allies in 1945. Its reconstruction spans 1989-2006. Keywords: Germany, Saxony, Sachsen, Dresden, cathedral, Hofkirche, ste., st., ceremonial and/or religious structures, residential structures, housing, palace. Submitted by Jennifer E Cowley.