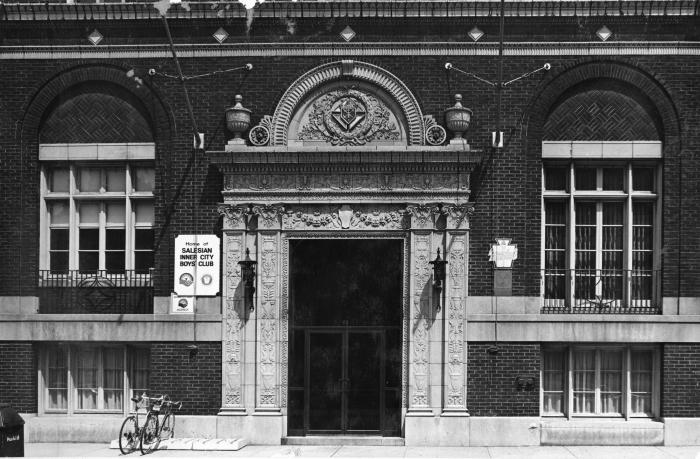 Richards, McCarty and Bulford (was created by)

This building is located at 80 South Sixth Street, Columbus, Ohio and was originally built as an athletic club for the Knights of Columbus fraternal benefit society. The Knights of Columbus donated the building to the Salesian order which was founded by St. John Bosco in 1859 specifically to serve young people. In 1993 the name of the club was changed to the Salesian Boys and Girls club. The club was closed in 2008. The five-story building has a raised basement, rounded first floor window and entrance arches with decorative tympana ornamented with brickwork and flower formed terracotta. The entrance is an example of Beaux-Arts fashion terracotta.

Architecture Columbus. (1976). Columbus, Ohio: Foundation of the Columbus Chapter of the American Institute of Architects. p. 158.