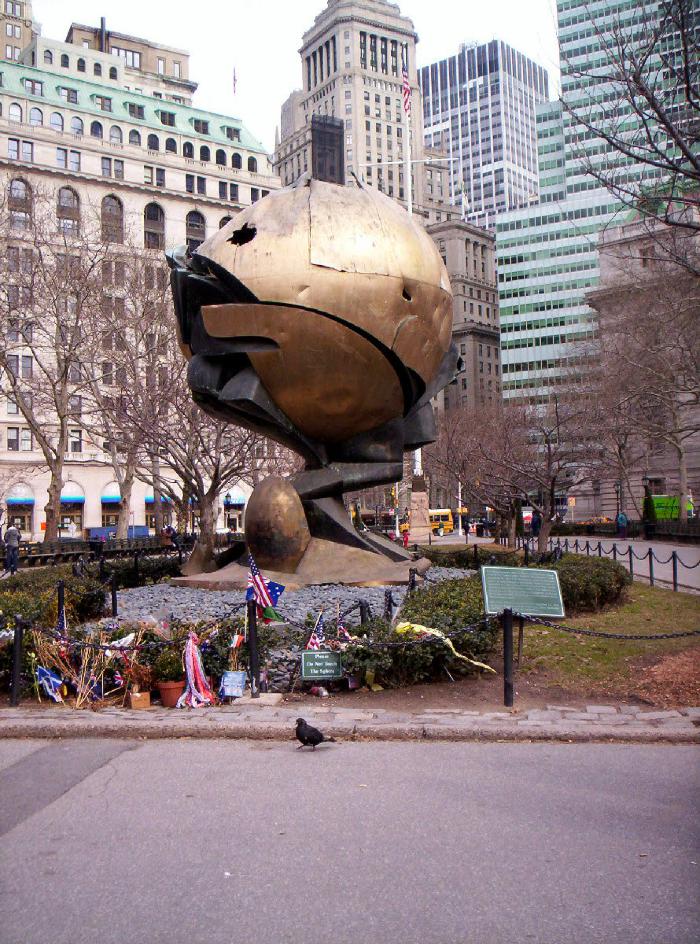 "For three decades, this sculpture stood in the plaza of the World Trade Center. Entitled "The Sphere," it was conceived by artist Fritz Koenig as a symbol of world peace. It was damaged during the tragic events of September 11, 2001, but endures as an icon of hope and the indestructable spirit of Americans. The Sphere was placed in Battery Park City on March 11, 2002 in memory of all who lost their lives to terrorist attacks at the World Trade Center." -- from the plaque at Battery Park City Keywords: monuments, United States, Kings County, "WTC Globe". Submitted by Lisa Cutshaw.