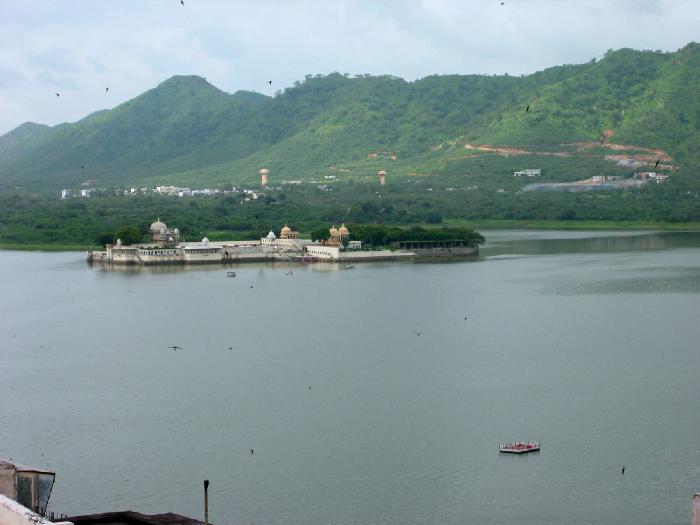 Jag Mandir is an island palace in Lake Pichola built by Karan Singh in 1615. It derives its name from Jagat Singh who added to the original structure. It was never used for the purpose for it was built. This palace was used to provide shelter to the Mughal prince Khurum (later Emperor Shah Jahan) who rebelled against his emperor father Jahangir, in the 1620s.