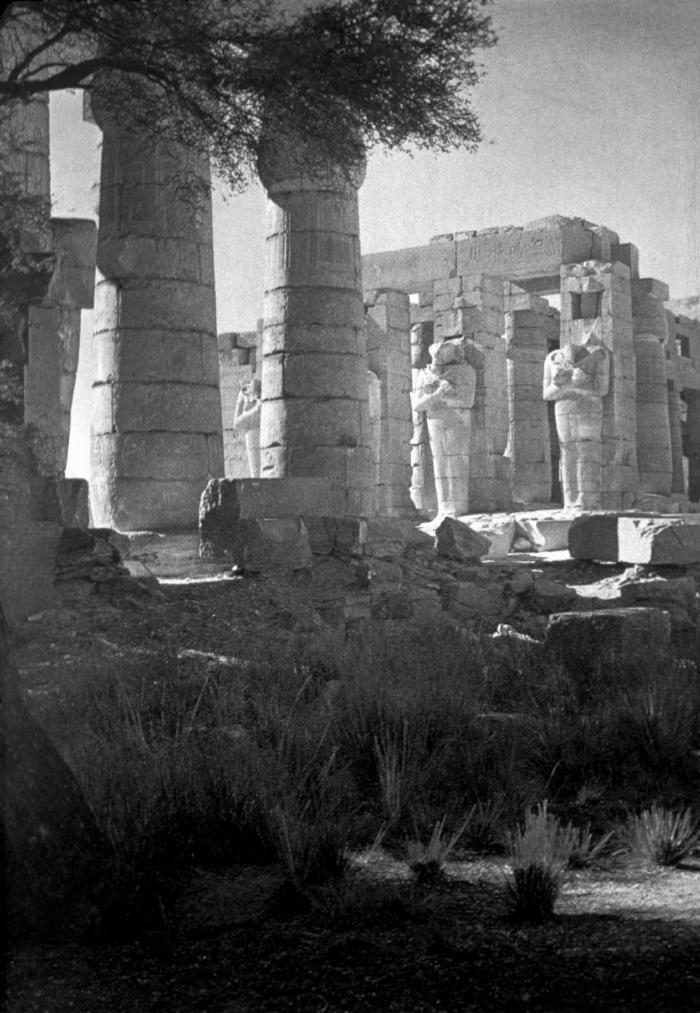 The Dynasty XIX temples of Rameses II are scattered throughout the whole of Egypt, but this, his mortuary temple on the West Bank of Thebes, is probably the most famous. It was Champollion who first gave it the commonly used name of 'The Ramesseum'. It is situated on the east side of the road at Sheikh 'Abd el-Qurna. At one time the waters of the inundation must have reached almost to the temple's east-facing first pylon and this has contributed to the collapsed condition of this structure we see today. It is still possible, however, to climb up the side of the pylon and stand on the top, which gives a good overview of the temple and the cultivated area towards the river. The outer face was originally carved with scenes of Rameses before various gods in the traditional style. The inner face has reliefs of the Battle of Kadesh, the pharaoh's most famous battle against the Hittites, which includes a record of the year the battle was fought (year 5 of his reign). - http://www.egyptsites.co.uk/upper/luxorwest/temples/rameses2.html Keywords: Egypt, Qina, Thebes. Submitted by Paul Young for ARCH 600: History of Ancient and Medieval Architecture.