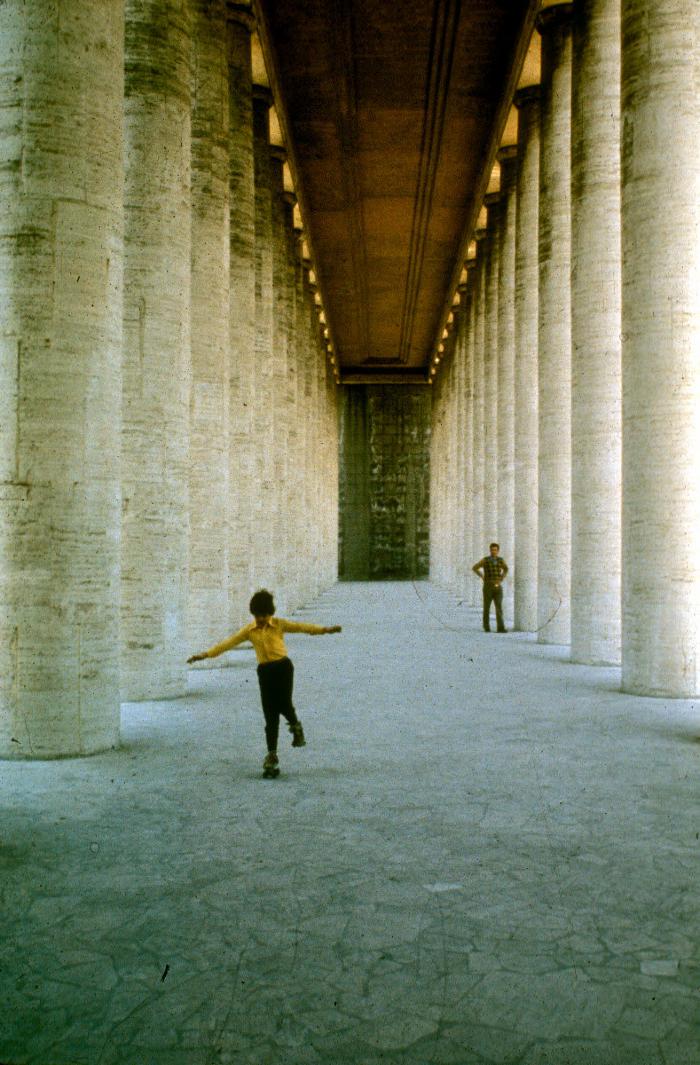 The building was originally planned as part of the 1942 Universal Exhibition of Rome, in celebration of twenty years of Fascism. However, because of the war, building work was interrupted and the building remained unfinished. The municipality of Rome recommenced the initiative in the 1950s, when FIAT offered to finance the completion of the building. The Museum of Roman Culture was inaugurated with 10 rooms completed in 1952. The museum was opened to the public in its entirety in 1955. - See http://en.museociviltaromana.it/
The complex which houses the museum was designed by the architects Aschieri, Bernardini, Pascoletti and Peressutti.