Warning: array_reduce() expects parameter 1 to be array, null given in /var/www/html/app/lib/ca/Attributes/Values/LengthAttributeValue.php on line 189
 Knowlton School Digital LibraryWorkCathedral of Our Lady of the Angels [2786]

Cathedral of Our Lady of the Angels 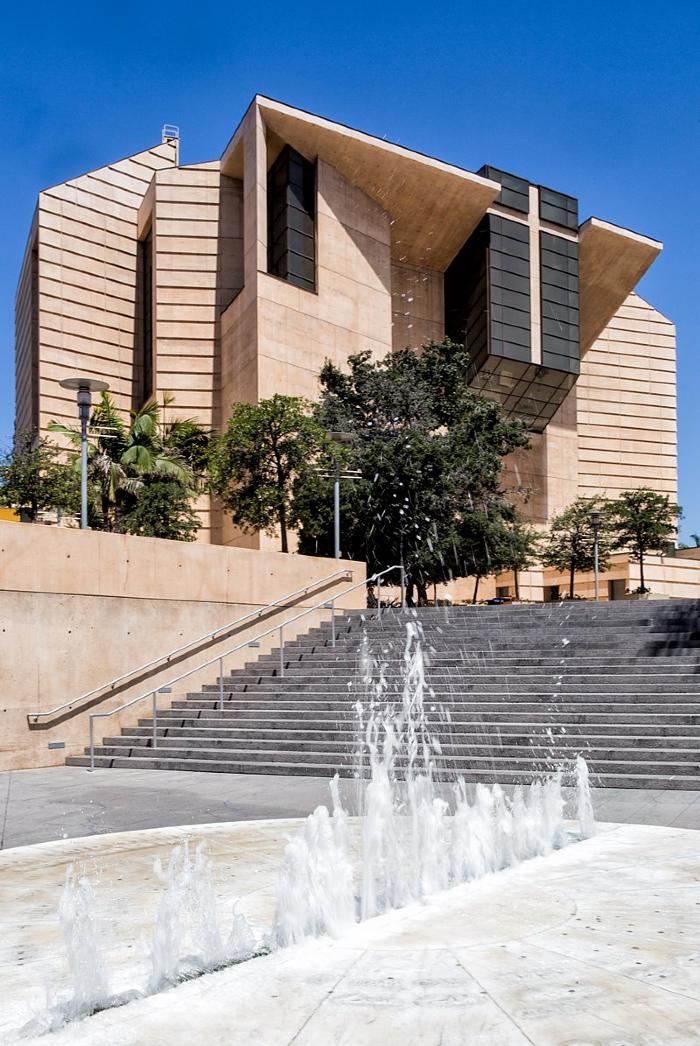 José Rafael Moneo (was created by)

Informally known as COLA or the Los Angeles Cathedral, it is a Latin-rite cathedral of the Roman Catholic Church in Los Angeles. Opened in 2002, the cathedral serves as the mother church for the Archdiocese of Los Angeles. The structure was meant to replace the Cathedral of Saint Vibiana, which was severely damaged in the 1994 Northridge earthquake. The design sought to avoid right angles and instead has a series of acute and obtuse angles. The 12-story high building can accommodate over 3,000 worshipers. The site includes the church, a 2.5 acres (10,000 m2) plaza, several gardens and water features, the Cathedral Center (with gift shop, restaurant, conference center, and cathedral parish offices), and living quarters for the archbishop and some cathedral clergy. The entire complex is 58,000 sq ft (5,400 m2). It is the second largest Catholic church in the United States.