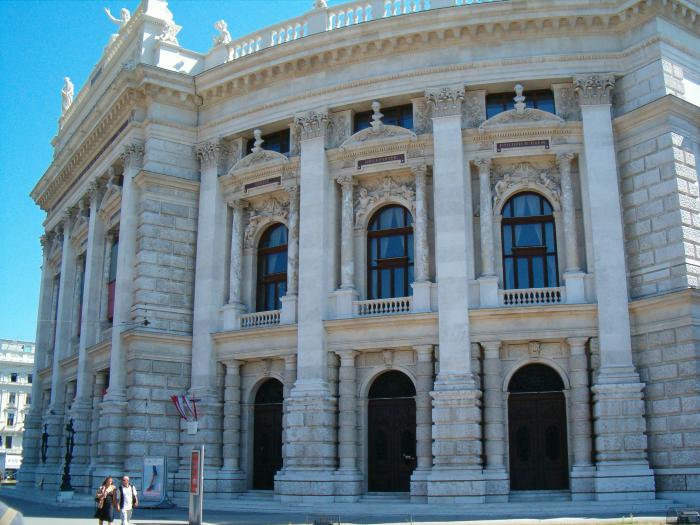 The Burgtheater was the former imperial court theater. It is the second-oldest theater still in existence after the ComÃ©die-FranÃ§aise. The National Theater was founded by Emperor Joseph II in 1776. The theater was moved to a new building at the Ringstrasse on October 14, 1888 designed by Gottfried Semper and built by Karl Freiherr von Hasenauer. On March 12, 1945 the Burgtheater was largely destroyed in a bombing raid, and, one month later, on April 12, the Burgtheater was further damaged by a fire of unknown origin. After the war, the theater was restored between 1953-1955. The Burgtheater has 1175 seats, 81 standing places, and room for 12 wheelchairs and escorts.