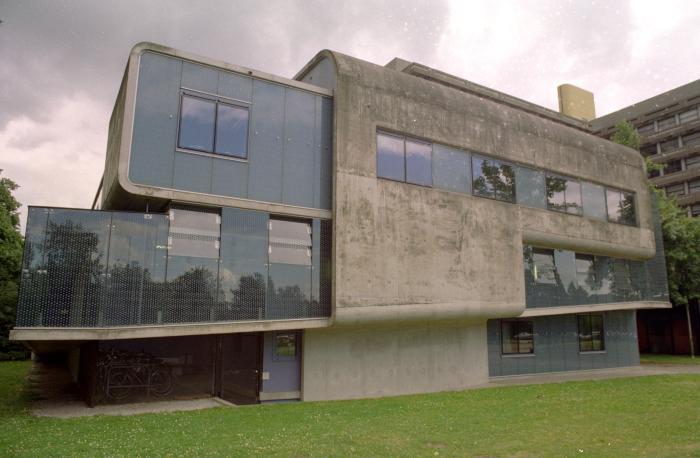 "The small pavilion-like laboratory building for the NMR (Nuclear Magnetic Resonance) Facility is located on the Uithof Campus of Utrecht University. The two-floor column free laboratory houses eight spectrometers (high-frequency magnets). This influenced decisively the spatial layout of the building, because the radiate force fields these magnets produce may not be disturbed. The building consists of a single concrete surface, which continues from floor plane into the wall and ceiling. The flipping-over surfaces are constructive and are thus not traversed by a secondary support structure of columns. Windows with integrated sun shading, a silk-screened dot pattern, are placed in office- and laboratory spaces, allowing daylight to enter." -http://www.unstudio.com/