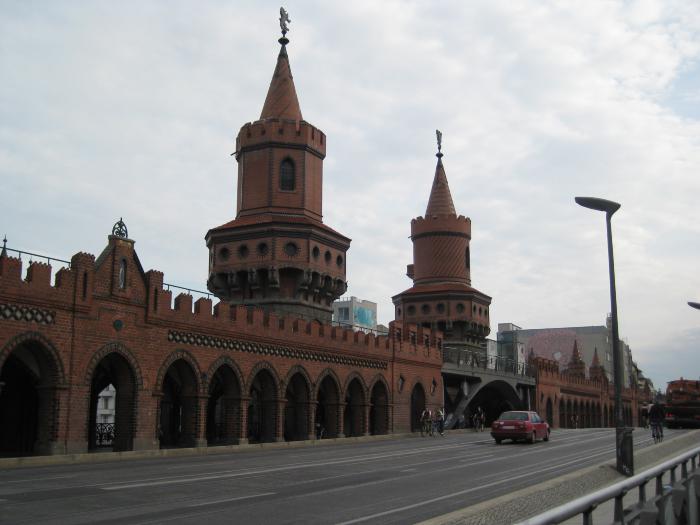 Eric Haddenham (was created by)

Oberbaumbruecke (literally upper tree bridge) links the two districts of Kreuzberg and Friedrichshain seperated by the River Spree. Traffic, bikes and pedestrians run on the lower part, while trains run on the second level. It replaced a timber bridge in 1895 nad it's mock medieval turrets recall the function of toll bridges and arches. It was checkpoint during the Cold War and is now symbolic of the reunification of West and East Berlin. There is an annual "water battle" between Kreuzberg and Friedrichshain residents that involves throwing rotten vegatables and padded objects. The architect was Otto Stahn.