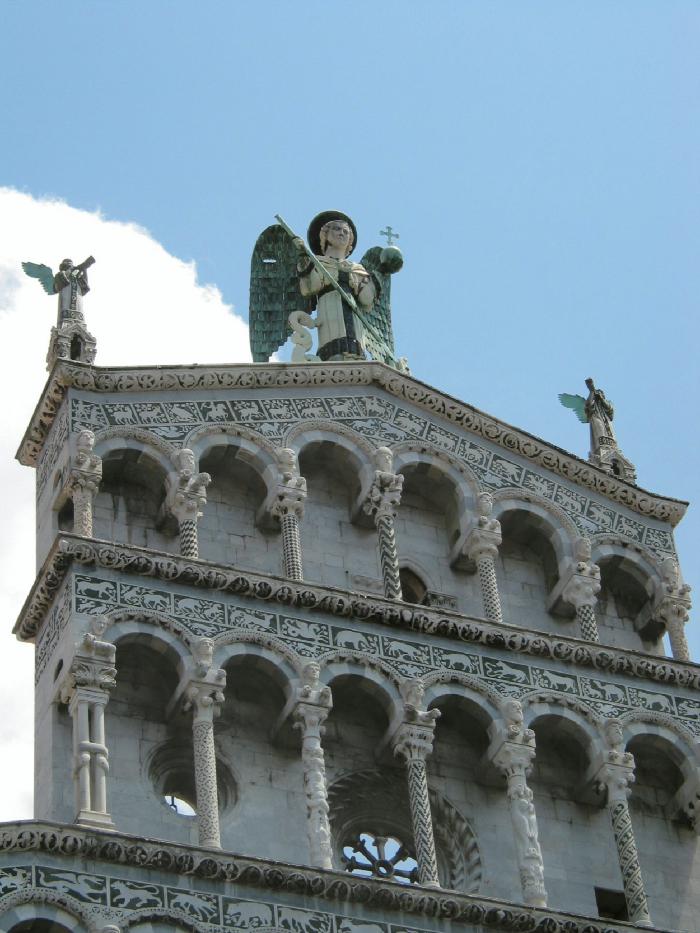 San Michele in Foro is a Roman Catholic basilica church in Lucca, Tuscany, central Italy, built over the ancient Roman forum. Notable is the façade, from the 13th century, with a large series of sculptures and inlays, numerous of which remade in the 19th century. The lower part has a series of blind arcades, the central of which includes the main portal. The upper part, built using plenty of iron materials to counter wind, has four orders of small loggias.