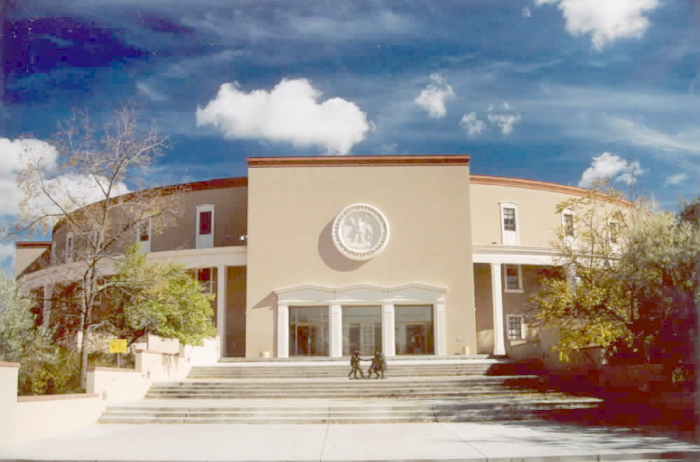 The old Capitol was originally built in the Beaux Arts style and featured a dome and cupola. About a half century later, it was remodeled in the regional Neoterritorial style -- a blend of New Mexico territorial style, Greek revival adaptations and Pueblo Indian adobe architecture. It was dedicated on December 8, 1966, and the renovation was completed in 1992.