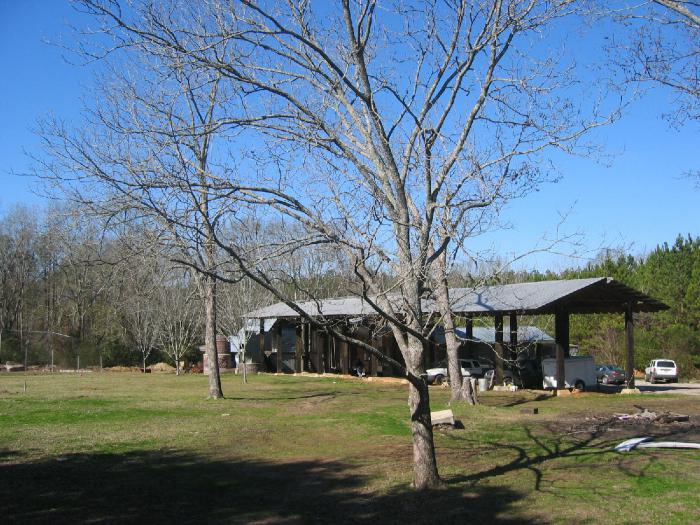 Rural Studio, a program offered through Auburn University's School of Architecture, was started by Samuel Mockbee and a fellow professor, D.K. Ruth in the early 1990's. The studio offered students a way to use design to improve the lives of impoverished rural Alabama residents. Many of the projects use recycled materials. Rural Studio has continued at Auburn University despite the death of Samuel Mockbee in December, 2001. The Supershed and Pods house second-year male students of Rural Studio. The Supershed shelters the Pods or small cottages that are constructed using baled corrugated cardboard, license plates, old street signs, and other random materials that were mostly donated. There are nine pods to house eighteen students in what is supposed to be an academic village that encourages closeness between students and professors. Keywords: temporary structures, heavy timber frame construction, paper, steel.