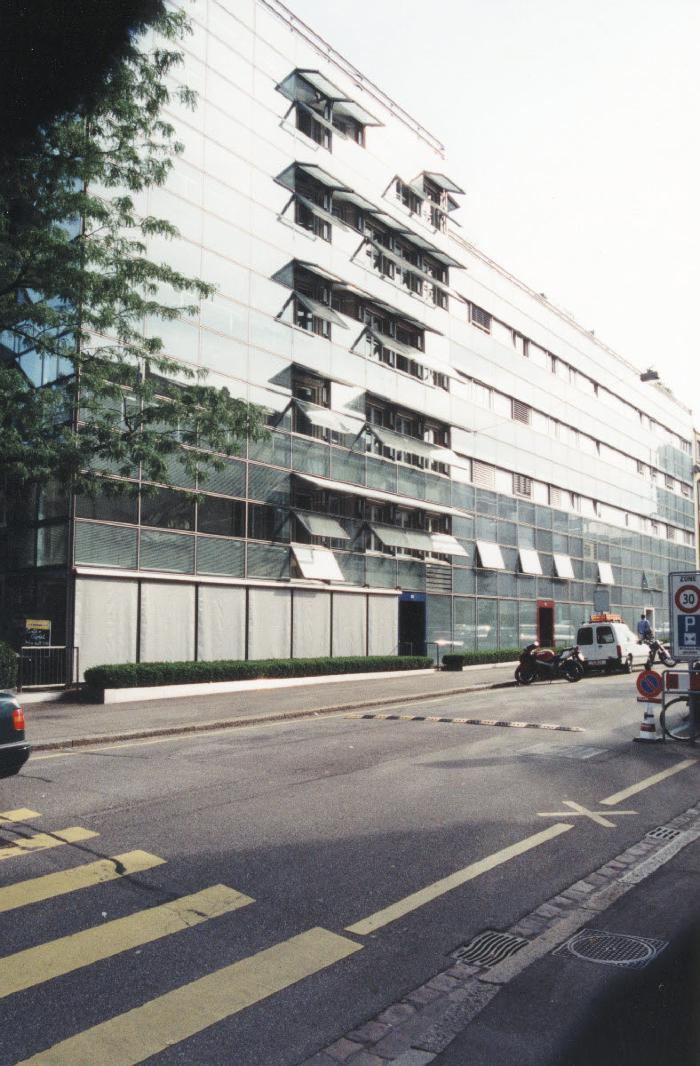 The SUVA Building by Herzog and de Meuron is an extension and alteration of an apartment and office building. "The retention of the old building gave rise to the solution of a glass enclosure covering both new (offices and apartments) and old parts. The enclosure system consists of horizontal glass strips of different optical and physical qualities. The transparent panels in the viewing section of the offices can be individually operated, and add to the acoustic insulation of the existing windows. The panels within the parapet section bear silk-screened images while the prismatic panes in the upper window area improve the building's insulation and protect it from the sun (prisms). The silkscreened panels are operated by a computer." -- Marquez, F., & Levene, R. (Eds.). (1993). Herzog & de Meuron: 1983 1993 (El Croquis 60). El Escorial, Madrid: Croquis Editorial. p.122. This image was taken in 2001 by John P. Schooley, FAIA, during the 'Berlin: Building the New City' tour. This tour was planned for architects and planners so that they could see first-hand how this once-divided city emerged from the Cold War to become a leading commercial and cultural center in Europe.