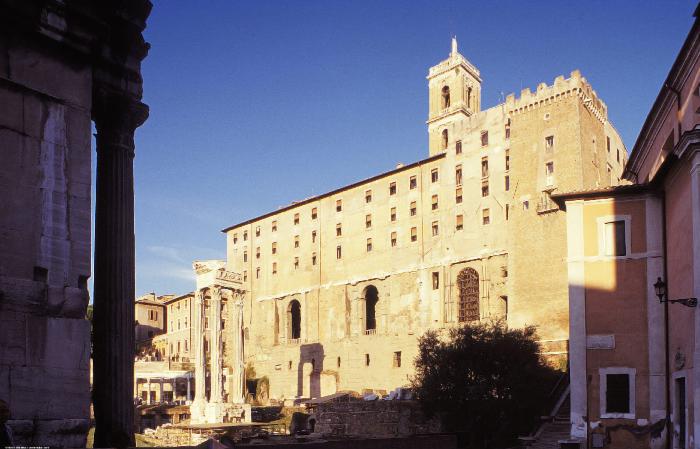 The Tabularium overlooks the west end of the Forum Romanum. It was built ca. 79 BCE as a part of the reconstruction efforts on the Capitolium after the fire of 83 BCE by architect Lucius Cornelius. It was the official records office of Ancient Rome ("tabulae" were public documents). In the Middle Ages the Tabularium formed part of a fortress on the Capitoline Hill, later it was incorporated into the Palazzo Senatorio, of which it is still a part.
The Forum Romanum was the political and economic center of Rome during the Republic; it held many of the central political, religious and judicial buildings in Rome. It is located in a valley between Capitoline Hill on the west, Palatine Hill on the south, the Velia on the east, and Quirinal Hill and the Esquiline Hill to the north.

Archivision The Archivision Collection of Ancient Sites was funded by the Jack Martin Balcer Library Endowment.