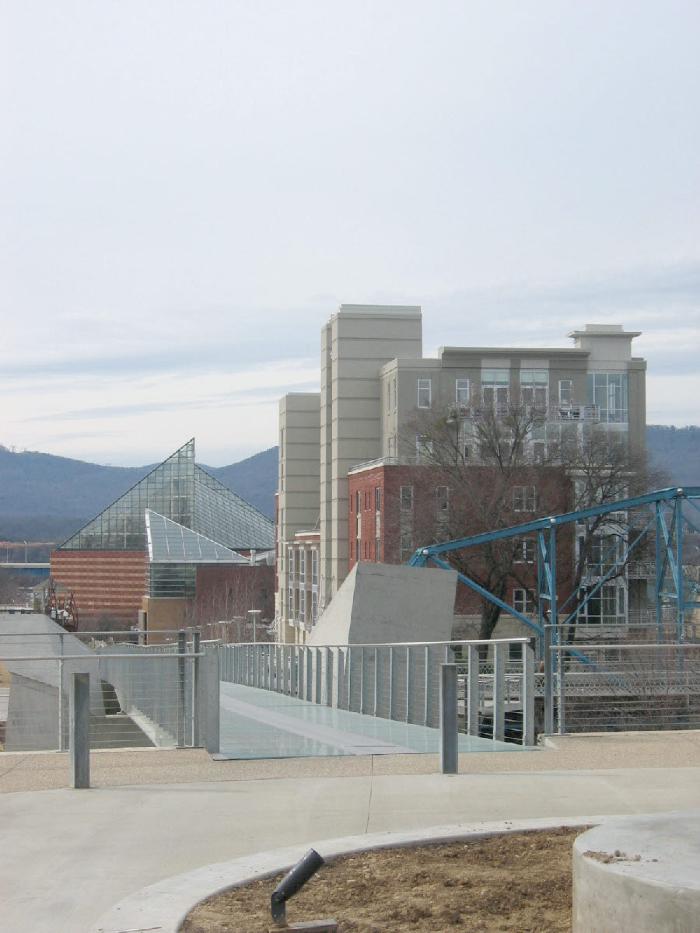 The original structure of the Tennessee Aquarium in Chattanooga, Tennessee, was designed by Cambridge Seven Associates, Inc as part of a redevelopment plan for the Chattanooga riverfront. The former industrial area along the Tennessee river was converted into a mixed-use riverfront development that contained a theater and park development, the aquarium, and an office complex. In 2001 work began on an expansion for the aquarium designed by Chermayeff and Poole, Inc. "Glass pyramids atop the building reveal glimpses of wild habitats within which feature fresh water habitats with three major exhibits concentrating on the Tennessee/Mississippi River System: a mountain cove forest with a trout stream, a "lake" section of the river between dams near Chattanooga, and a cypress swamp of the Mississippi Delta." -http://www.c7a.com/Portfolio/aquariums/tennessee_aquarium.asp?pos=0