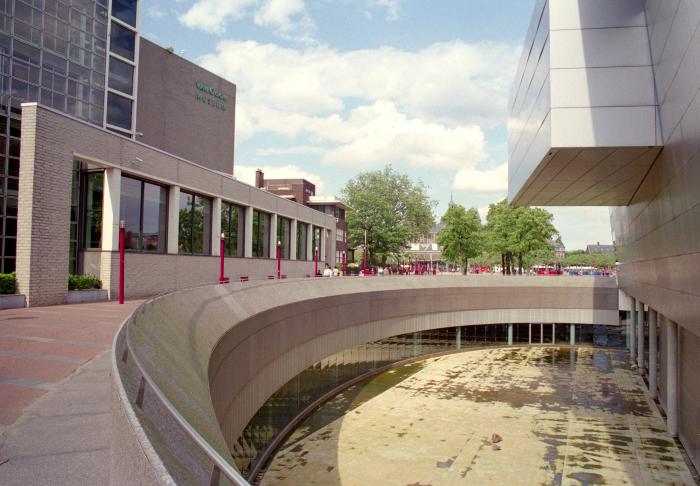 "The Van Gogh Museum consists of two buildings: the main structure (I) designed by Gerrit Rietveld and opened in 1973, and the Exhibition Wing (II) by Kisho Kurokawa completed in 1999. The architecture of the museum has a complex history: apart from these two architects, several others have contributed to finishing, rebuilding or remodelling parts of both buildings." - http://www.vangoghmuseum.nl/