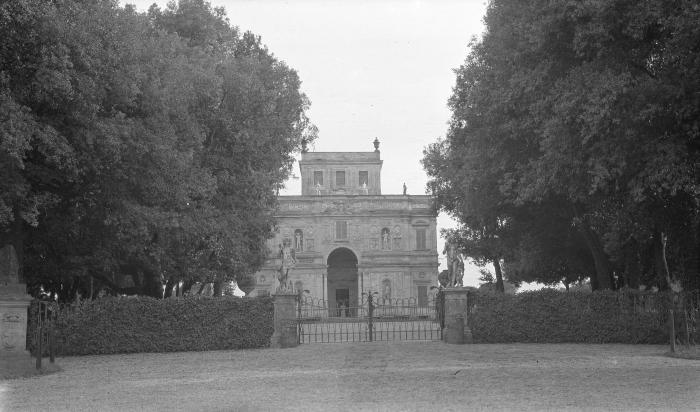 built before 1630, renovated and remodeled 1644 and after

Villa Doria Pamphili is also known as Palazzo Doria Pamphilj. The original villa existed prior to 1630 when it was bought by Pamfilo Pamfilj. He began to buy up neighboring land and vineyards. In 1644 Cardinal Giambattista Pamphilj was elected to the papacy as Innocent X and expanded the villa and grounds. Prince Camilo Pamphilj laid out the estate after 1650.